The Gift of Eid 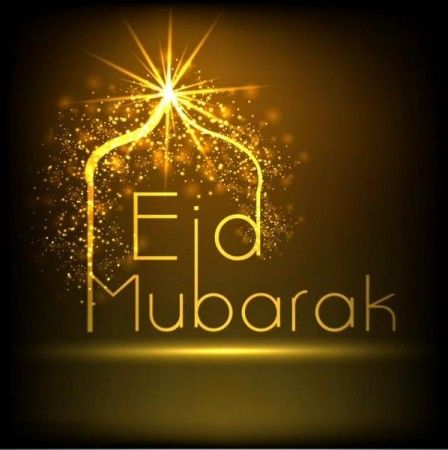 ‘Eid’ literally translates to celebration. It is a unique, placid festival from a religion that allegedly is bent on destroying world peace. Ironically, the root word of Islam means peace, making it one of the most misunderstood religions. Eid does not commemorate an event in history, but demands a share of sacrifice each year – Ramadan. Fitr means breaking a fast and hence ‘Eid-ul-Fitr’ defines the celebration of the breaking of fasts, or the end of Ramadan. A typical Eid morning starts with bathing and cleansing oneself followed by a light diet of dates and sewai, mostly. People from all around the town, or city start gathering at different mosques to offer their Salat (Prayer). People sit in arrays on the floor, or a field under the sky while the preacher delivers his sermons. Hundreds and thousands of people bow together, under an Imam (preacher) to the majesty of an eternal power, and when the prayers are done, the celebration begins. There is no music, no dance, no ecstatic cries, but only people smiling as they hug each other, and this perhaps is the best part.

Billions of people all around the globe smile to each other. Even broken hearts are mended as fake smiles turn genuine throughout. Welcoming people with wide open arms leaves no crack open in the heart, of the receiver or the giver, and just in a matter of seconds, the entire place, the entire world is floating in happiness. It is not the happiness you get when you buy a new phone or visit a new place, it is the purest form of happiness, the one we were built upon. It doesn’t matter who you are, or where you are from, or what you are wearing, or how you look, or even if you know someone or not! If you are brave enough to make an eye contact, you will find the most exultant feeling in the world. No one is left lonely on the ground, people will find you, and people will hug you! Once you step into the flow, you will hug people! Kids, old men, strangers, enemies, friends, it doesn’t matter who it is unless you are drowned in bliss.

In a world where even ‘friends’ turn their faces away looking at you in the crowd, a landscape filled with strangers bent on sharing their share of joy with other strangers seems like a dream, but it is true. The veracity of the world turns even the most optimistic into a pessimist. But looking at the landscape restores your faith in the world, in God. It’s a painting you wish to be in forever.

In such a painting there was a man named Rehan. The prayers had ended ten minutes ago, but Rehan was not yet free from embracing his kin. In a small town like Gurudang, every man is a kin. Being a senior English teacher at the St. Andrews School, he was well known throughout – for his astounding teaching skills, and even more for his benevolent nature.

“It did not rain this time”, said a fat man as he descended down the mosque’s stairs.

“True! And how is everything else going on? I heard they raised you salary this time”, he smirked.

“Oh, the good days aren’t here yet”, he chuckled.

“But there are delicious sewai on the menu today, sir?”

“Of course. They are waiting for you desperately in our house”, he smiled and looked at the southern gate of the mosque as he made his exit, “Would you excuse me for a minute, I’ll join you later.”

“As salaam alaikum”, he greeted a man near the gate. The man handed over, what seemed like the last packet of food, to the last of the beggars and turned around. He was no more of a man than he was a boy. White half-sleeved shirt with an imbricate pattern of grey criss-crosses on it, and a lightly shaded denim jeans. It didn’t seem like an Eid Wishes. He smiled at Rehan and hugged him thrice following a handshake and said, “Eid Mubarak.” His voice did not seem very harsh, but his actions were prudent.

“I haven’t seen people distributing food at the mosque in a long time, and I probably haven’t seen you before in the town either. May I ask who you are?” he said gracefully.

“My name is Advay, and I’m not from this town. I’m from Rehalgarh, a city towards the east.”

“That is a”, he paused, “a beautiful name. So what brings you here?”

“Hey Rehan! Let’s go”, someone from behind exclaimed.

“None in particular, my bus leaves in the evening, so I guess I’ll be wandering around for some time” he looked around at the place and how it was slowly deserting.

“You can join us then. I live nearby, and more importantly, you shouldn’t be alone on an occasion as auspicious as this.”

He wondered for a while and showed his interest only by nodding his head.

The fully opened gate gave way to a cosy room instilled with brilliant white tiles with light grey criss-cross patterns on them, as if they were made to match Advay’s shirt. There was only one gigantic ceiling fan for the room.

“You may sit here”, Rehan pointed at the skilfully decorated sofa as he held up a little bowl from the table. He carefully poured some sewai into the bowl making sure not to soil the comely table cloth. “I may get a little busy for the next half hour or so, you make yourself at home, eat without hesitation”, he smiled.

One after the other, the guests arrived in impeccable kurtas and bright topis. Their smiles showed how all of them shared the same joy. Hugs and jokes filled the room with positivity. The ambience was one of a kind. People entered, laughed, sat and ate little of what they wanted from the numerous dishes served on the table. Some looked at the posters and artefacts in little showcases and explained how beautiful they looked. One of them pointed at a little clay pot and explained how he had received the same from a friend who was in Mecca the previous year. Most of the guests seemed like old friends of the teacher.

There were some who kept chattering and some who kept quiet. Some praised the food, some praised the cook. Some thanked Rehan while some invited him to their house for the evening. But the one thing common in all was the sheer joy in which they bathed. Smiles were infectious and for one moment out of a thousand, people forgot their worries, their status, their wealth and their shortcomings. All people cared of was being happy. The ideal world exists in sporadic elusive moments, you cannot create these moments, they just happen. All you can do is bask in their light and absorb every inch of them refiling your soul for the ‘normal days’ to come.

Gradually, the crowd lessened and Rehan thumped down on the sofa with a gasp of relief. He realised how he had totally neglected his invited guest who now sat right beside him.

“Eid is a hectic festival”, he said staring at the ceiling fan.

“Not in the city”, he replied.

“You had so many visitors here, and I’m sure there are more to come. In the city, we offer our prayers and get back to our homes just like you, but we don’t have many guests. We eat our breakfasts and watch TV. In the meantime we have about three to ten guests, who are mostly people who visit us daily. Then we rest for a while and go to houses we were invited in the evening”, he took a breath of air, “Yours is a more jubilant style.”